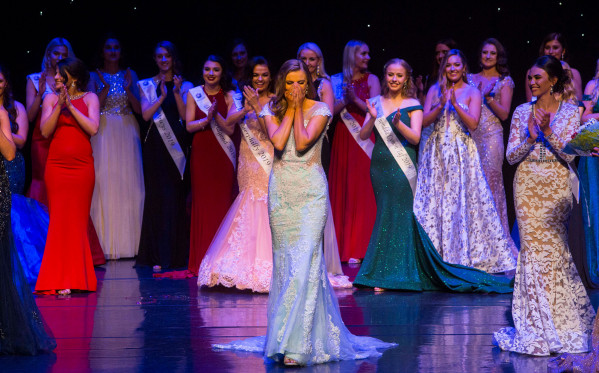 Twenty-two-year-old Gabriella Jukes from Port Talbot has been crowned Miss Wales 2019. It has turned out to be third time lucky for Gabriella who has competed twice before for the crown. She won the regional title of Miss Neath Port Talbot back in 2014 and came in the top five in 2016. Having graduated last year with a degree in BSc Sport and Exercise Science, Gabriella has taken time out of studying to work as a model after making it to the final 14 on Britain’s Next Top Model in 2017.

Sport has always played a big role in her life and she is particularly keen on karate, athletics, and netball. Welsh speaking Gabriella is also an ambassador for Thrive Women’s Aid, helping to raise awareness of the work the organisation does to help women who have been affected by domestic violence. Gabriella said: “I am someone who is full of determination and takes every opportunity that comes my way. If I can and help empower other young women to believe in themselves and reach their full potential, then that would be incredible. I want to show people that nothing is impossible if you work hard to achieve your dreams.” Gabriella was one of 33 finalists from across the country in the running for the crown this weekend. In the run up to the final, Gabriella and the other finalists had been tasked with fundraising for Beauty With A Purpose, the Miss World charity which helps disadvantaged children worldwide. In total, they raised nearly £17,000. The final last night – at The Riverfront in Newport - involved three appearances on the stage including the patriotic Welshwear opener; a red dress catwalk; and the traditional evening wear parade. All finalists also had one to one interviews with the panel of six judges. As well as the catwalk event, the contestants attended the Miss Wales Charity Ball the night before and took part in the Miss Wales Empowerment Day on Thursday to help them in their personal development and leadership skills. Now, Gabriella will enjoy a year of appearances in her new role and will have the privilege of representing Wales at Miss World Thailand in November and in December. The runners-up were Sioned Murphy from Cardiff who came second and Darcey Corria from Barry who came third.


← Back to main news page