Sarah’s first photo shoot after winning the title of Miss Wales, was held in the Holland House Hotel Cardiff. Although Sarah had only managed to get a few hours sleep, after winning, the night before she still managed to look radiant and relaxed in her new role.The photo shoot appeared in the Wales on Sunday, Sarah featured on the front page and had the centre pages. Sarah admitted:"I’ve never really modelled before-except for a mattress promotion once a while back!" 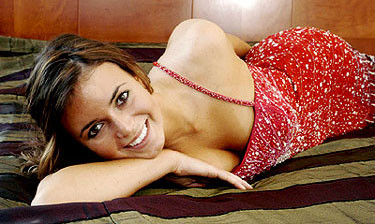 Just days into her reign, the new Miss Wales, Sarah Fleming from Brecon, was guest of honour at a glittering London bash in order to raise funds for charity. Sarah, was whisked off to the five star hotel in Heathrow, by one of the UK’s leading care providers – Hallmark Healthcare – to take part in their annual awards ceremony. Sarah helped raise in excess of £1,500 for NAPA (National Organisation for Activities for Older People). For Sarah it was a great opportunity to start her fundraising campaign for 2006/7. She said:"I had a lovely evening. I was a little bit nervous getting up on stage to hand out all the awards, but everyone made me feel very welcome" Avnish Goyal, Hallmark Healthcare MD, regarded it a pleasure and honour to have Sarah’s company. He said:"We were delighted to have Sarah support during the evening. All the guests agreed she’ll have a great chance at Miss World. Seven of our award winners were from Wales too, so it was a great night for the Welsh" 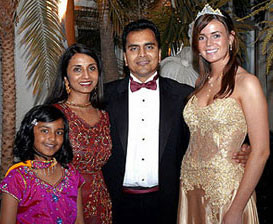 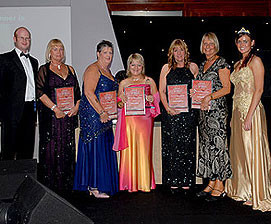 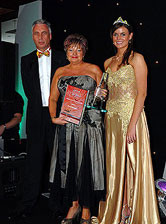 Sarah and the first and second runners up in Miss Wales 2006 – Lydija Vrcic and Jamie Williams – joined the Red Handed team for their first photoshoot with the men's glossy magazine. The girls wore a series of designs by Helen Rhiannon and their hair was styled by competition sponsors, The Hair Business in Cowbridge. We think you'll agree that they look just gorgeous. Charlie's Angels eat your heart out! 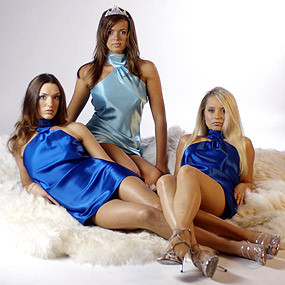 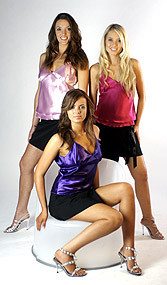 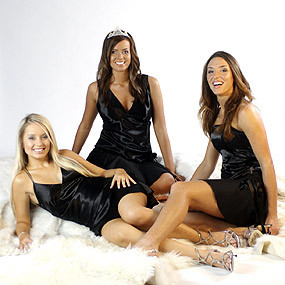 Sarah has certainly been busy since becoming Miss Wales in July. She recently helped to launch a major road safety campaign after it was revealed a third of all those killed or seriously injured on Welsh roads in the last 10 years were under 25. Pass Plus Cymru aims to equip 17-25-years-olds with advanced driving skills in hazard anticipation, motorway driving, all-weather driving and much more. Those who complete the one-day course will be eligible for a discount on their car insurance. Sarah, who has just turned 17, will be learning to drive soon, she has already experienced first hand the heart-ache road traffic collisions can cause:"A friend recently passed his driving test and was nearly killed in a head-on crash soon after. He’s recovering but he’s got metal pins in his legs,” she explained. "I think PPC is a cool idea because it doesn’t preach to young people but involves them in a fun and practical way. It’s a great idea to take extra training after you’ve passed your test. I will definitely be doing the course when I’m eligible and I would encourage others to do the same." For more information call 0845 050 4255 or visit www.dragondriver.com

Sarah had a ball at Miss World 2006 which took place in Poland this year. She's made lots of friends around the globe and is now planning a world tour to meet up with them all over again. Here she's pictured with some of the other contestants. Can you spot her? 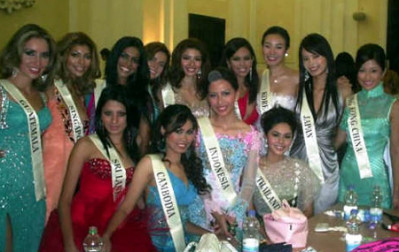 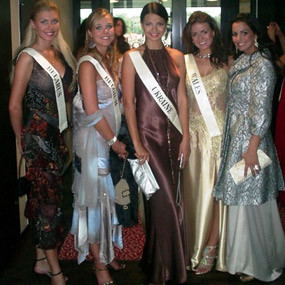 Serving Up A Dish!

Red Dragon FM celebrated its third successful “Dinner with a Difference” this year held Laguna Kitchen & Bar at the Park Plaza hotel. Sarah was one of the celebrities who served on tables helping to raise a fantastic £5,000 for local disadvantaged children living in South Wales

Sarah helped Father Christmas give out presents at the  George Wimpey Winter Wonderland in Merthyr Tydfill. 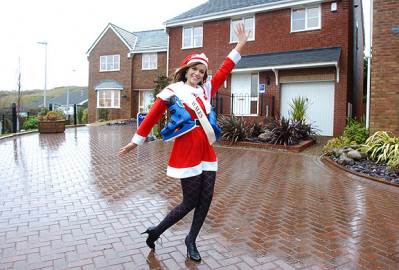