23 year old medical student Kelly Pesticcio is crowned Miss Wales at a sell-out event in Cardiff. The evening marked the beginning of what is expected to be a magical year for Kelly.

Kelly relaxes in the garden as she enjoys her first interviews with the Welsh press and media. A special barbecue was arranged by family and friends to welcome her home as Miss Wales.  Pictures © Patrick Olner 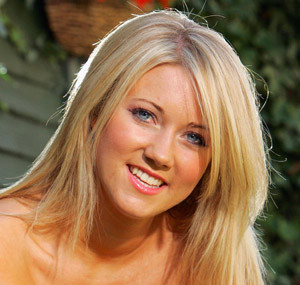 Kelly had her first photo shoot with Wales on Sunday and was seen on the front page of the paper promoting Wales for the Rugby World Cup (pictured left). 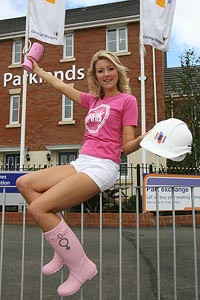 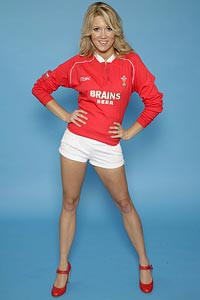 Kelly sizzles on the beach!

These are just some of the stunning pictures taken on Kelly’s recent photo shoot with Red Handed Magazine, and can be seen in the upcoming autumn edition. Paul Mulligan editor of Red Handed said: "Kelly was a breath of fresh air to work with and with so many fantastic photos to choose from it was hard to keep her debut in Red Handed to just three pages!’’ These photos will also appear on the Miss World web site

Have crown, will travel…

Kelly jets off to China to take part in Miss World 2007. Here she is pictured with Miss England Georgia Horsley (right) at Heathrow, moments before boarding the plane. To see more pictures of the Miss World competition visit missworld.com. Good luck Kelly! 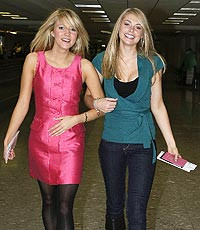 Kelly had an early Christmas present this year, with an invite to Lapland with the Joshua Foundation. Eight Miss Wales 2007 finalists were also invited as a thank you for their tireless fundraising efforts and over the summer and raising over £2,000 each for the charity. Every year the Joshua Foundation take a group of youngsters, their siblings and families, from across the UK to Lapland to meet Father Christmas and experience the magical wonder of the country and Kelly was very lucky to be able to experience this with them.

Kelly had a fantastic time at the Miss World competition held in China and made some friends from all over the world and closer to home. Pictured above are (l-r): Kelly recording a good luck message for the Welsh competitors at the Beijing Olympics and a Chinese chat show; with Miss Ireland, Miss Scotland, Miss Northern Ireland and Miss England all dressed up ready for yet another glamorous evening in China; and with her team mates winning the team sports event. 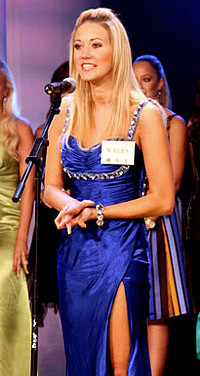 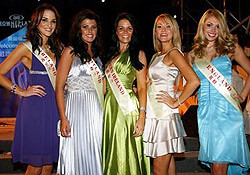 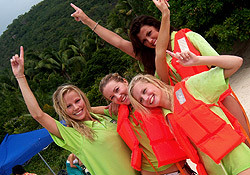 Bryn Meadows Hotel Golf and Spa treated Kelly and a number of Miss Wales 2008 hopefuls to a relaxing time at their new spa recently. Kelly, pictured here with Lydia, Sophie and Michaela, spent a peaceful Saturday afternoon chatting to the girls about her trip to the Miss World competition in China. Kelly was also on hand to answer any questions the girls had on the Miss Wales competition.